Request information about the organization of your wedding reception without obligation. 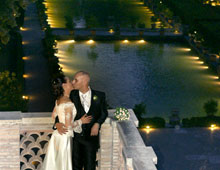 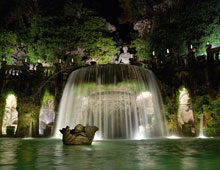 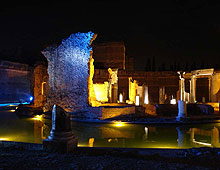 Villa Adriana was built when emperor Adriano wanted a monumental home decorated with art inspired by the beauties seen during his travels around the world.
It is a majestic dwelling made with marble and precious objects. It was declared UNESCO World Heritage Site in 1999.

Villa dEste, instead, was built during the Renaissance and features rooms rich in works of art from the most important artists of Roman Mannerism.
It is also surrounded by a great example of Italian gardens, embellished with fountains, water games, grottoes and hydraulic music.